There is little you can do to sugarcoat an outrageously bad decision. However, the degree to which such a major flub holds damaging consequences for your business ultimately depends upon whether it was an unintended mistake or part of a critically flawed strategy. Indeed, your management and leadership quality may rest in the difference.

Isolated, one-off, bad decisions are simply part of being human. In college, such gems were often preceded by one too many beers: later in life, by one too many martinis. So long as these errors in judgment were irregular and no one got hurt, they produced little more than a mild hangover, a bit of gossip and a few good stories for later. Indeed, behavioral decision studies would suggest that if you were stressed, rushed or confused when deciding, you probably just followed a “rule of thumb” that next time might turn out okay.

Bad strategy, however, is a completely different matter. Bad strategies lead to bad performance, bad leaders and bad companies. These are not “dude” moments but carefully thought out moves that require more than a few aspirin and an apology to fix. And while behavioral studies might suggest you suffer from irrationality, anchoring or attachments, I would recommend a few corporate household remedies, such as:

1) Refocus on the goal and move things there. Strategy only works if the primary goal is kept in sight. If the goal is blurred or unclear than the strategy to achieve it is of little use. Thus, for starters, it makes sense to recognize where your mistake has taken you, refocus on the true goal and then re-chart a path towards achieving it. After all, that is the goal.

2) Get yourself out of the way. Sometimes you can be the biggest obstacle to you (an issue I discuss in a later blog). Placing too much emphasis on your criticality may increase risk by tying the business all the more substantially to the downside consequences of your actions. The solution is to get off of yourself, show some humility and consider restructuring things so that what you do is important but not critical.

3) Regroup but with flexibility. Your fumble has scattered things so you need to regroup them: that’s quite obvious. What’s less obvious is the potential need for you to rebuild trust and confidence with your co-workers. To restore both inclinations you need to selectively keep the good of what is familiar while flexibly incorporating a new way of doing things. This may mean, for example, retaining a core technology that was part of the original scheme while altering the method and timetable over which it is used or deployed.

4) Communicate to stop the contagion. Other people, customers, suppliers, etc. may have undertaken major decisions and even forged their strategies on the basis of yours.  In that case, you need to work tirelessly to reformulate your strategy with them. Ignoring such a step could make your flub the source of your company’s downfall. Indeed, many solutions for reformulation could be offered, but none better than sitting down with everyone concerned and working things out.

5) Gather more information and improve your metrics. When you accidently cut someone off while driving (and react by bowing your head and not making eye contact) it usually happens because you failed to look in the mirror or did not adjust it beforehand. So too with strategic errors. If you fail to use the proper instrument or metric to acquire information before, during and after strategy formation, then you could end up where you are now: bowing your head. Thus, you must locate that source of information then devise (and use) the best metric.

6) Choose a new start point for execution. Sometimes, the fundamental idea for your strategy was okay but the starting point was the problem. For example, launching a new product or operation could be hobbled by an incorrect targeting of customers, a poor location or bad timing. Be prepared then to change that starting point altogether as you alter or forge your new strategy, ensuring to apply the above remedies as prescribed.

7) Move quickly. Getting out of a bad strategy can be like getting off the ropes while boxing—dwelling there too long will get you knocked out. Thus, similar advice applies: stick, move, but do so quickly, before your energy runs out. Indeed, such a quick recovery by the leader may even inspire subordinates just in observing you.

Applied as directed, these remedies could even leave you better off than originally planned with a few fond memories of their own. 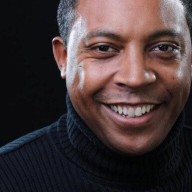 About the Author Maurice Ewing, PhD

I help companies develop, implement, utilize and oversee analytical tools that help managers make risky decisions (i.e., risk-based decision analytics). For example, I have helped companies score and rate their customers, suppliers, borrowers and even their own employees' performance. Prior to founding RiskKnowledge (previously, "Conquer Risk/EMRA"), I taught Executive MBAs for several years at Kellogg-HKUST and prior to this worked on Wall Street. I am also an adjunct Professor of Executive Education at CIIM, a Harvard Business Review blogger and a contributor to FinanceAsia, Risk Professional and The Wall Street Journal. My PhD and MA are in economics from Princeton and my double-BA is in economics and mathematics from Northwestern. I am also a chartered FRM holder from the Global Association of Risk Professionals.